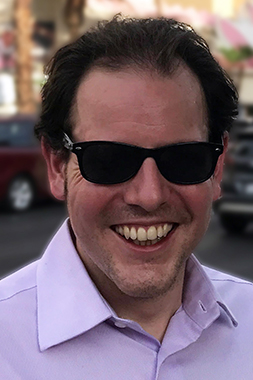 Guevara, who became visually impaired in 2014 while enrolled in Clemson’s graduate program, will earn his PhD in Biochemistry and Molecular Biology from Clemson
University in December. He has completed much of his graduate work at GGC under Dr. Charles Schwartz and has been funded by the Center. Upon graduation, he will return to his homeland to teach bioinformatics at the University of Costa Rica.

The award supports ongoing professional education and development for faculty and staff at GGC who are involved in bioinformatics work. Guevara used
funds from the award to travel to Las Vegas and present his research at BIOCOMP17, the 18th International Conference on Bioinformatics and Computational Biology sponsored by the American Council on Science and Education. He presented work done under Schwartz and Clemson’s LJ Wang, PhD on protein modeling. His research takes a computational approach to predict the impact of a genetic mutation on protein stability.

Guevara was the only visually-impaired presenter at the meeting.

“We often find genetic changes in our patients, but are sometimes limited in our understanding of what those changes actually mean – if they are disease causing or simple benign variations,” said Schwartz. “Jose’s work is helping provide a method for us to better interpret the functional impact of these changes, providing families with more information and scientists with better targets to treat.” 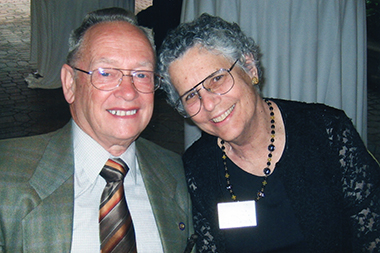 Dr. Walt Patterson, Professor Emeritus of Mathematics, Lander University, established the Susan R. Patterson Professional Development
Award in Bioinformatics & Computational Genomics through a gift to the Greenwood Genetic Center Foundation in memory of his wife, Susan.
The award serves to honor and perpetuate her lifelong devotion to the field mathematics education. Susan was also passionate about supporting families and children faced with genetic disorders who are served by GGC.

Bioinformatics and computational genomics is a growing field that merges biology, mathematics and computer science to interpret genetic data. These specialized professionals support researchers and clinicians at GGC by studying the impact of genetic changes and developing algorithms to sift through the large amounts of genetic data to identify which DNA changes are related to the patient’s condition. These skills are valuable in both diagnostic and research work at GGC.