Genetics and Genomics and Epigenetics, Oh My! 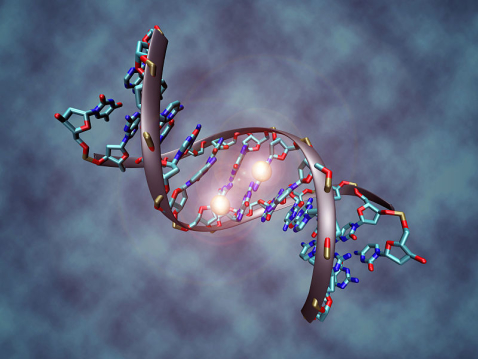 Epigenetics – You may have heard this term before, along with other similar words like genetics and genomics.

Are these all really the same thing?

If not, how are they different, and what difference does it really make to patients?

Genetics is the study of genes – the units of heredity discovered by Gregor Mendel back in the 1840s. As we all learned in middle school
life science, genes determine our traits. (Remember the oversimplified examples of rolling your tongue and eye color?)

Genomics (omics means totality) is the study of the genes that code for proteins as well as how those genes function alone and in relationship
with all of the other genes. What is their combined influence on the development and function of the individual?

Now what is this epigenetics, you speak of?

Well, humans have approximately 20,000 genes in each cell of our bodies. These genes, which produce proteins used by the body, make up about 1% of our
DNA.

Wait, 1%? So what’s all that other stuff? That must be the “junk DNA” we’ve read about. Useless and just taking up space?

All of that other DNA does seem to serve a vital purpose, and that’s where epigenetics comes in. Epi- means ‘upon’ or ‘on’, so epigenetics is the study
of the DNA elements and other influences that have an impact upon the genes. These influences regulate how those 20,000 genes are expressed. They turn
genes on, off, up, or down depending upon the cell type, the individual’s stage of development, and the particular need for the protein encoded for
by that gene at that time.
Epigenetic influences are chemical alterations that are made to the DNA and can be caused by any number of genetic and environmental factors. Your age,
sleep patterns, diet, and exercise habits can all cause various epigenetic changes to occur which affect gene expression. Other epigenetic modifications
are inherited.

So, how does this impact how we treat patients?

Diagnosing a patient can oftentimes be a tricky proposition. Some disorders have clear features and the clinician can easily determine which genetic test
is the best one. But often there is a tremendous clinical overlap making a specific diagnosis difficult if not downright impossible to obtain. With
GGC’s focus on neurodevelopmental disorders, we often evaluate patients whose features could match with a number of conditions. How do we clear up the mystery?

Well, a recent study by GGC’s Dr. Charles Schwartz, along with colleagues from Canada, has
identified epigenetic signatures that are unique to several neurodevelopmental disorders which share similar clinical features.

The function of the genes that cause these neurodevelopmental disorders is to create proteins that influence the epigenetic machinery of the cell. A mutation
in one of these gene causes a problem with the modifications to other genes, so there is a cascading effect. This is thought to cause many of the features
which may include both developmental and neurological issues, but also other somatic symptoms.

We’re talking about a mutation in a single gene (genetics) that changes the expression of other genes (epigenetics), causing a myriad of symptoms related
to the impact on those other genes, both alone and together (genomics).

Dr. Schwartz’s work, which was published earlier this year in the American Journal of Human Genetics,
wasn’t focused on the mutations within the gene, but was looking at how those mutations impact the regulatory elements and asking ‘Are those changes
unique to each disorder?’

This research identified unique epigenetic signatures for nine different neurodevelopmental disorders – ATRX syndrome, Floating-Harbor syndrome, Sotos
syndrome, ADCA-DN, Claes-Jensen syndrome, Kabuki syndrome, CHARGE syndrome, Genitopatellar syndrome (GTPTS), and Say-Barber-Biesecker-Young-Simpson
syndrome (SBBYSS) – making the diagnosis clearer and helping to determine if variants within the gene are actually disease-causing. (Variants are a
topic for another blog, Oh wait, we did that. Check out this recent post on VOUSs.)
Another really interesting finding from this study is the evidence that computer models can accurately predict which of these diseases is present in an
individual based upon the epigenetic signature and can also exclude those who don’t have one of these disorders (healthy individuals or patients with
other conditions.)

In the team’s most recently published work,
which earned designation as a ‘Reviewer’s Choice Abstract,’ at the 2018 American Society of Human Genetics meeting in San Diego, the epigenetic signatures
for three other conditions, Nicolaides-Baraitser, Coffin-Siris, and 6q25 microdeletion syndromes, were analyzed.  As part of this study, researchers
were able to change the classification of 18 patient variants found by sequencing the genes. (Remember those VOUSs?) Patient sequencing results that
were reported as uncertain (VOUS) or likely pathogenic or benign status were reclassified as clearly benign or pathogenic by analysis of the epigenetic
signature – removing the uncertainty and freeing the clinicians and families to either pursue a different correct diagnosis or move toward potential
treatments.

The future is upon us. By expanding our study beyond just which gene causes which disease, we can make diagnoses more quickly and efficiently and can begin
to understand how these conditions work – the next step on our journey to treatments and cures.