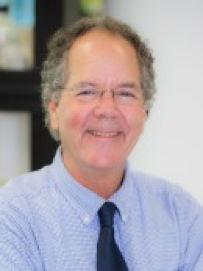 Researchers at the Greenwood Genetic Center (GGC), in partnership with the University of Georgia (UGA) and the Clinic for Special Children in Strasburg, PA, have received a $1.8 million grant from the W. M. Keck Foundation to discover the fundamental cellular changes that cause debilitating neurological disorders, including Alzheimer’s disease, autism, and intellectual disabilities.

The team of scientists, led by UGA’s Complex Carbohydrate Research Center (CCRC), will study the role of glycans–structurally diverse sugar molecules that adorn the surface of every cell in the human body-in the development of these diseases, which may open the door to new therapies.
“We know very little about what’s happening on the surface of cells in people with neurological disorders,” said Michael Tiemeyer, professor of biochemistry and molecular biology in the Franklin College of Arts and Sciences at UGA and principal investigator for the project. “But what we do know is that glycans control a lot of what happens between cells, and we can use technology developed at the CCRC to examine what role these molecules play in disease mechanisms.”
Once thought to be a relatively unimportant part of the cell, scientists now recognize that complex sugar chains exert control over cell-cell communication and essential cellular behaviors, so even small changes in the structure and behavior of glycans can have profound effects on human health and disease.

“We are quite excited to be collaborating with Dr. Tiemeyer’s group at CCRC,” shared Charles Schwartz, PhD, GGC’s Director of Research and co-investigator for the project. “It is very likely some of our patients with either intellectual disability or autism will be found to have altered glycosylation. Identification of such individuals may allow for therapy of their disability, through either new or existing drugs.”

Members of the research team have already identified a number of glycan targets that are implicated in Alzheimer’s, autism, and intellectual deficiency, which they will study more closely in model organisms like mouse and zebrafish and in brain cells derived from reprogrammed human cells.

This approach will help them understand whether changes in glycans are a side effect of the disease or the root cause. They may then test drugs that inhibit these changes to see if the disease symptoms are reversed.

“There are already a number of drugs available on the market that affect the way glycans are produced and how they function. These compounds could potentially be therapeutic for some of these disorders,” said Richard Steet, associate professor of biochemistry and molecular biology and project co-investigator.

Ultimately, the researchers expect that their investigation will lead not only to new therapies, but also to a fundamentally new understanding of how diseases develop and how basic cellular processes depend on appropriate glycan production.

“This really is pioneering work,” Tiemeyer said. “We’re not exactly sure what we will discover, but we are taking some of the first important steps and the potential impact is tremendous.”

About the Keck Foundation: Based in Los Angeles, the W. M. Keck Foundation was established in 1954 by the late W. M. Keck, founder of the Superior Oil Company. The Foundation’s grant making is focused primarily on pioneering efforts in the areas of medical, science and engineering research. The Foundation also maintains an undergraduate education program that promotes distinctive learning and research experiences for students in the sciences and in the liberal arts, and a Southern California Grant Program that provides support for the Los Angeles community, with a special emphasis on children and youth from low-income families, special needs populations and safety-net services. For more information, please visit www.wmkeck.org.