Science on Tap Explores Technology and Implications of Fracking 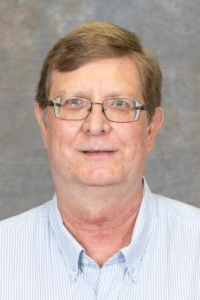 Greenwood, SC – ‘Science on Tap’ will be held on Tuesday, March 12th at 6pm in the Lander University Science Building,
Room SC 150. Science on Tap is a community lecture series designed to highlight some of the scientific work and expertise in the Greenwood area.
The March event will feature Dan Pardieck, PhD, Professor of Environmental Geology and Coordinator of the
Environmental Science Program at Lander University. He will present “Hydrofracturing: And That’s the Fracking Truth.”
“The USA is once again the world’s largest producer of petroleum hydrocarbons, thanks in large part to the widespread use of hydrofracturing (fracking)
and associated technological advances,” said Pardieck. “At Science on Tap, I will describe the technology and the economic and strategic advantages
of fracking, as well as explore the environmental and social disadvantages, including a discussion of why fracking remains so controversial.”
The presentation will be followed by time for discussion and questions.
Science on Tap is an initiative started and organized by the Greenwood Genetic Center. “This program originated as a way for local scientists from a variety
of disciplines to share their expertise in an informal and accessible way with the broader Greenwood community,” said Leta Tribble, PhD,
Director of Education at the Greenwood Genetic Center.
The public is invited, and the event is free to attend. A pre-event social with the speaker will begin at 5:30pm in the Lander Science Building (Room SC-119)
Photo Caption: Dan Pardieck, PhD
BACK
SHARE

We will remember February 26th for the rest of our lives. On that day, we received the call from the Greenwood Genetic Center that they had discovered our daughter, Ella Marie, has Kleefstra syndrome. Very early on, my wife, Kelly, observed Ella being delayed in some of her milestones. Kelly monitored Ella’s progression and sought out testing in an effort to get Ella some assistance. Along the way, we were sent to GGC and met with LEARN MORE