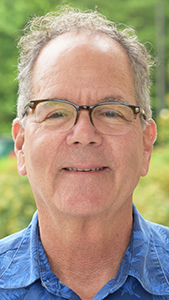 US and Canadian researchers advance diagnosis for neurodevelopmental disorders

January 23, 2018 – Greenwood Genetic Center (GGC) researchers in collaboration with scientists from Canada have identified unique epigenetic signatures for nine neurodevelopmental disorders lending to a better method of diagnosis for disorders with much clinical overlap. The epigenetic signatures were developed through methylation array analysis and were reported in the January issue of The American Journal of Human Genetics.

The team investigated 14 neurodevelopmental disorders caused by genes that encode the cell’s epigenetic machinery – the components that read, write and erase post-translational signals on DNA and histones and remodel the DNA. Of the 14 disorders evaluated, nine revealed unique methylation signatures including Sotos syndrome, Kabuki syndrome, CHARGE and ATRX.

“Many of the disorders we studied have clinical overlap, which makes sense as the genes causing each of these disorders all work within the same epigenetic machinery, determining the gene’s expression and expression of other genes,” said Charles Schwartz, PhD, Director of Molecular Studies at GGC in Greenwood, SC who was a co-author of the study. “What was interesting is that although the genes function is somewhat similar manners, nine of the disorders showed a unique epigenetic signature with minimal overlap.”

The study authors suggest that these unique epigenetic signatures could be useful in concurrently screening for multiple syndromes with a high degree of sensitivity and specificity. Also, based on the degree of overlap between these signatures, the team concludes that a single machine learning classification tool built on the combined signatures of these disorders, can accurately make the diagnosis. This method not only distinguished these nine disorders from one another, but also assigned low probability scores to patients with other forms of intellectual and/or developmental delay.

“Our results also led to the development of an epigenetic echo model for how these syndrome-specific signatures arise and are maintained,” said Schwartz.

“The echo model states that while an initial epigenetic dysfunction arises during early development, an broader methylation legacy or echo remains throughout the genome leading to the unique signature. This may help explain the variability and phenotypic overlap among these disorders.”

Benefits of this approach to diagnosis and variant classification include the lack of a need for parental samples and the potential of functional results to be obtained from peripheral blood samples rather than other inaccessible target tissues such as brain. This method would also have the potential to identify a diagnosis when the mutation is in a noncoding region, and the classification of rare missense and in-frame in/del variants which are often uninterpretable.