HEXB sequencing is a molecular test used to identify variants in the gene associated with Sandhoff Disease.

Sandhoff disease is an autosomal recessive lysosomal storage disorder caused by significantly reduced or absent activities of beta-hexosaminidase A and beta-hexosaminidase B. This deficiency results in accumulation of GM2 ganglioside which leads to the destruction of neurons in the brain and spinal cord. Infants with Sandhoff disease have normal developmental progress until the age of 3-6 months when developmental regression occurs. Features of this progressive condition include an increased startle reflex, a retinal cherry-red spot, seizures, vision and hearing loss, ataxia, and hepatoslenomegaly. Infantile Sandhoff disease typically results in death by age three. In rare cases, Sandhoff disease can occur with later onset, milder symptoms, and slower progression. Higher frequencies of Sandhoff disease have been reported among individuals with backgrounds including Northern Argentina Creole, the Metis population in Saskatchewan, and Lebanese descent. 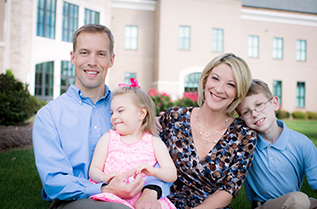