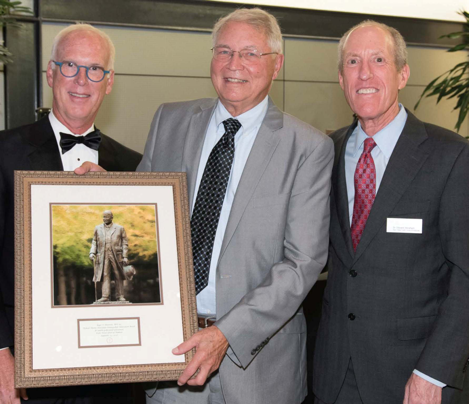 GGC co-founder, Dr. Roger Stevenson has been recognized by the Wake Forest Medical Alumni Assoication Distinguished Achievement Award. Stevenson is a 1966 graduate of Wake Forests’ Bowman Gray School of Medicine. He holds a bachelor’s degree from Furman University, and he completed a pediatric residency and fellowships in metabolism and genetics at Johns Hopkins Hospital.

Stevenson has focused his medical career on birth defects, intellectual disability, and autism. In 1974, he co-founded the Greenwood Genetic Center. He has authored numerous publications, inlcuding three editions of “Human Malformations and Related Anomalies,” two editons of “The Fetus and Newly Born Infant: Influences of the Prenatal Environment.”

Previous honors include induction into the Johns Hopkins University Society of Scholars; honorary degrees from Furman University, Lander University, and Clemson University; and the Order of the Palmetto, the highest civilian honor awarded by the governor of South Carolina, presented to individuals who have made contributions of statewide significance.