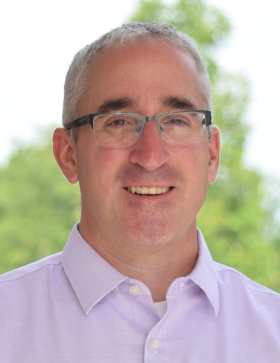 The funding comes from the Yash Gandhi Foundation, a Pennsylvania-based nonprofit organized by Ash and Sonal Gandhi
and Kavi Gandhi, the parents and brother of Yash Gandhi. Yash was diagnosed with ML II at eleven months of age and passed away in 2009, shortly before
his ninth birthday. The Foundation hosts fundraising events throughout the year and provides research support for scientists who are working towards
a cure for ML II.

The current projects at GGC are focused on identifying genes that, when activated, can modify or correct the cellular abnormalities that are seen in patients
with ML II.
“Identifying these genes will allow us to look for small molecules or drugs that can turn up the expression of these genes and help restore normal function
to ML II cells and tissues,” said Steet, Director of Research at GGC.
This is the fifth consecutive year that Steet’s laboratory has received funding from the Foundation, and the first since moving his laboratory to GGC.
The current funding will be shared equally with a group at Washington University in St. Louis. GGC also received funds from the Yash Gandhi Foundation
in 2012 to support a natural history study to better understand the
clinical features and mechanism of ML II.
Steet has a long-standing relationship with the Gandhi family and has attended their annual fundraiser to meet with families and provide a research update.
“Dr. Steet’s track record of his relentless pursuit for elucidating the molecular mechanism on the pathogenesis of ML2 (I-Cell) and evaluating potential
therapeutic targets for ML2 serves as a beacon of hope for I-Cell families, shared Ash Gandhi. “The Yash Gandhi Foundation is particularly excited
with the research approach to establish assays and screens that can be used to pinpoint therapeutic targets for MLII. We look forward to the continued
partnership with Dr. Steet’s laboratory to support the mission of the Yash Gandhi Foundation to help find a cure for I-Cell.”
“We are grateful to the Gandhi family and the Yash Gandhi Foundation for allowing us to continue this valuable work,” shared Steet. “They are committed
to honoring the memory of their son and making sure that other families around the world have hope, and eventually a cure for this devastating disease.”